Play For More! with the Chicago Sport & Social Club and play for more than just the love of the game. Inspired by our acquisition of LTS Chicago powered by ZogSports, CSSC will continue the tradition of encouraging league players to play for a cause while they play in leagues.

Play For More! is our initiative to allow players to designate a charity they would like to support while they play. We'll keep the same playbook that LTS Chicago has so successfully created and will allow each team to choose a charitable organization to play for and will make a donation to the Champion of each league's designated charity. We will also create awareness for each team's charity and allow players to fundraise while they play.

All former LTS Chicago leagues will be Play For More! leagues, offering the same opportunity LTS Chicago participants have enjoyed over the years in the same sports,  locations and levels of play.  We plan to add additional CSSC leagues and will invite the entire CSSC audience to get involved in these leagues.

The Winter Season begins in January and all Play For More! leagues are listed below including Basketball, Bowling, Dodgeball, Indoor Volleyball and Indoor Soccer. All leagues will be available at early bird prices ($50 discount per team) until December 19th.

With Chicago Sport & Social Club, it’s more than a game. Join in on the fun, team competition and camaraderie of a Play For More! league. Connect with other players or find your next sub by using our Facebook Group .

Each leageu team receives a jersey set of premium tech t-shirts including pre-bundled sizes (No exchanges) based on the sport and league format.

Teams may purchase additional shirts or sizes for $5 per shirt 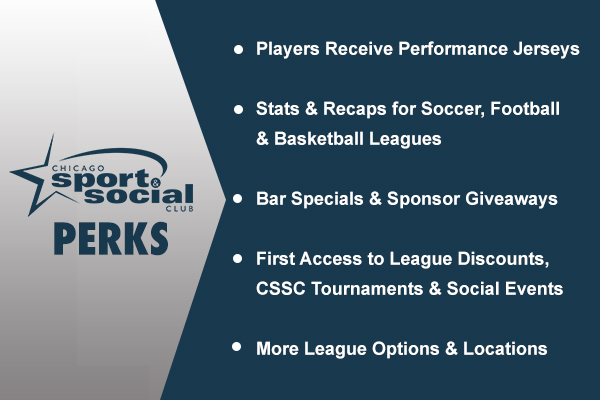 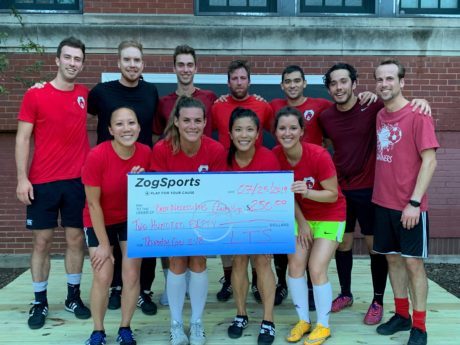 Register as an individual free agent or with some friends and CSSC will help you join a team and together your team will select a charitable organization to support. If you win your Play For More! league, CSSC will make a donation to the organization on your team's behalf. CSSC will also support you in generating awareness for your organization to the rest of the league and the entire CSSC audience, and encourage others to donate to your designated organization.

Ekstra FC (2-0) vs. CTP (0-1) – Saturday, January 18, 2020 In this match, Ekstra FC beat CTP 11-3. Ekstra FC are heating up, winning both of their games so far this season. Brady  found his sweet spot and scored 4 goals to steer the club’s attack. Despite the loss, CTP have a significant amount…
Read More →